Random thoughts that I couldn't keep to myself . . .
Leave a comment

The Devil Made Me Do It! 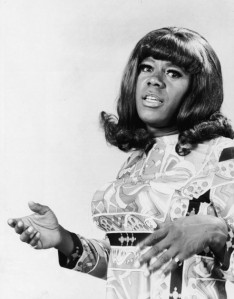 Readers over the age of fifty may remember the comedian Flip Wilson, whose television series in the early seventies was the second highest rated show on network television. One of the comedic characters Wilson played was Geraldine Jones who often justified her questionable actions by saying, “The Devil made me do it!”

While Flip Wilson is credited with making this phrase famous, his character Geraldine was not the first to use it. We find the first use of this phrase (in so many words) in Genesis 3:8-15, which is the account of God confronting Adam and Eve for their disobedience to Him. He first asked Adam what happened, who answered by blaming his sin on Eve. Then when God asked Eve for an explanation, she blamed her sin on the serpent, who represented the Devil. Blaming the Devil for our sin may have originated with Adam and Eve but from these first human beings until now, people have been “passing the buck” and blaming their sin –or disobedience- on the Devil or someone else.

This is an example of human nature, at least human nature since sin entered the world through Adam and Eve, but the Devil takes the rap for much more than he is guilty of. More often than not, it is not the Devil who made us do it, but our own poor choices. When confronted with temptation, we have a choice to say either “yes” or “no.” When we choose to say “yes” we can’t blame it on the Devil, we are to blame and are held accountable for our choices. Grant it, we are influenced by evil, by sin, by our human nature, but it still boils down to that moment when we decide what we are going to do. 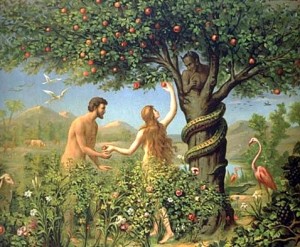 The great news in all of this is that we are not left with only the influence of evil. God has provided for us the help that we need to make the right choice when confronted with doing right or wrong. He has given us his spirit, the Holy Spirit, to empower us to do what is right and to convict us when we do what is wrong. Greater news still is the grace that he gives us when we do make the wrong choice. Grace, unmerited favor, forgiveness for our sins, restoration to right relationship with God. These are God’s promises, and this is the good side of sin.

So, when confronted with a decision to do what is right or give in to what is wrong, call on God to help you do what is right. But if you fail and make one of those bad decisions, hope is not lost! Call on God for forgiveness and renewal and his grace will be poured out on you!